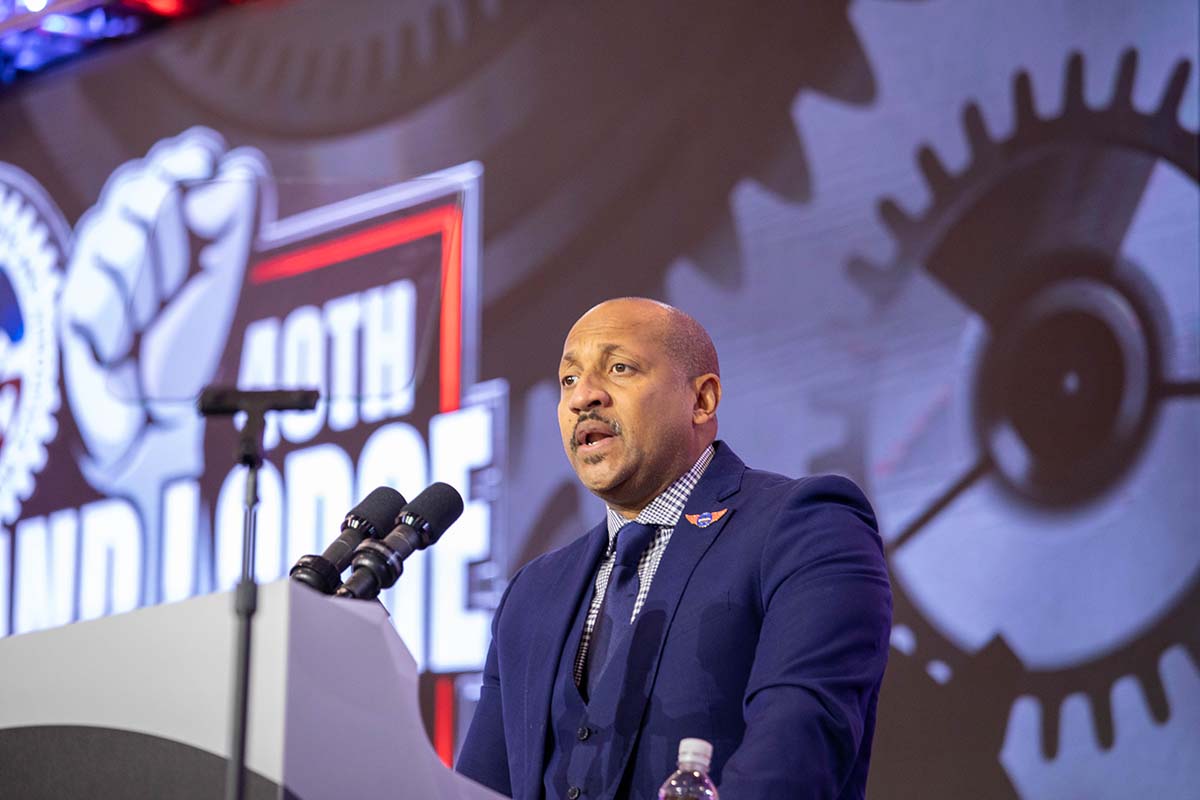 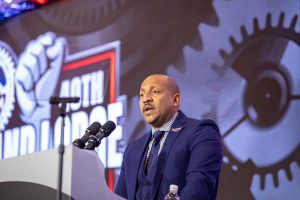 Hasan is recognized as one of the top trade union lobbyists in Washington, DC, for advocating for IAM members’ priorities around the right to organize, collective bargaining, and other workplace freedoms.

“It’s our top priority to make sure that every machinist in this room has a seat at the table,” said Solomon. “If you are not at the table, you are on the menu. We are going to fight to stay there!”

Solomon fights to make sure the IAM is taking a seat and a say on the table around issues faced by working people and their unions. He discussed a few pieces of legislation that have been won thanks to the IAM’s advocacy such as the American Rescue Plan, the Bipartisan Infrastructure Bill, the Inflation Reduction Act, and other critical initiatives.

During his speech, Solomon urged IAM Delegates to become politically engaged and participate in the election process as their future and well-being are at stake.

“You cannot afford not to be involved in politics,” said Solomon. “The only game in the most capitalist country in the world is the economy and legislative policies are the rules of the game, and those rules are written by the people you elect to Congress.”

The IAM will continue to work with the current Administration and Congress to further the worker-friendly agenda.

“We are not the friendly machinists, we are the Fighting Machinists,” said Solomon. “We don’t feel pressure, we apply pressure.”