The many faces of the IAM were captured during the 40th IAM Grand Lodge Convention in Las Vegas. 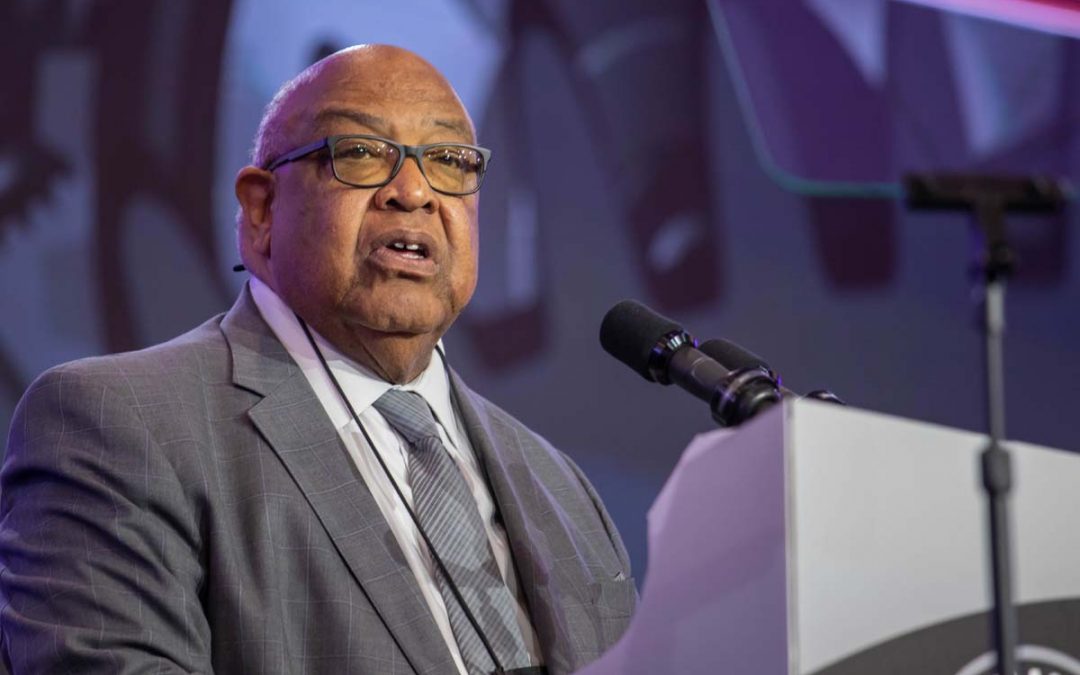 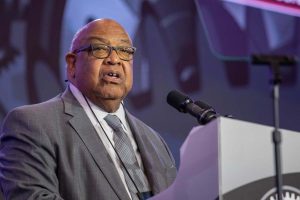 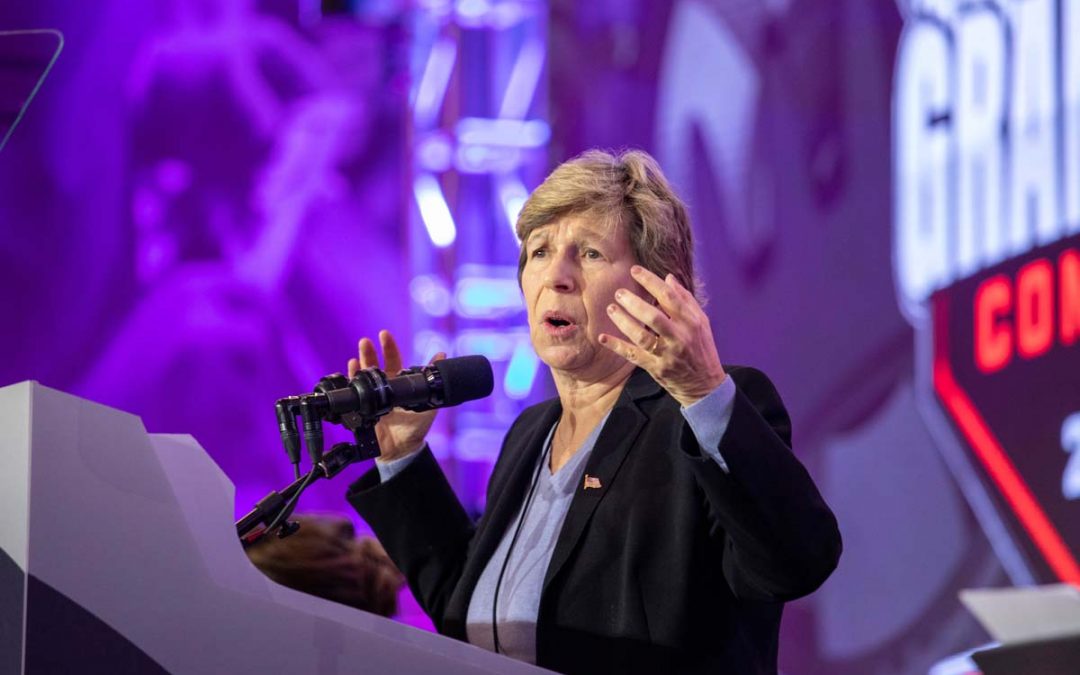 Teachers Union President Weingarten Rallies for Union Solidarity and Civic Engagement: ‘It’s in Our DNA to Fight for a Better Life’ 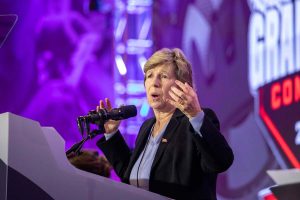 American Federation of Teachers (AFT) President Randi Weingarten delivered a lively speech on Thursday honoring the fighting spirit of the Machinists on behalf of workers’ rights and the labor movement. Weingarten also emphasized the importance of education for the advancement of the middle class and how the upcoming elections are critical for working families.

“It’s in our DNA to fight for a better life, not just for ourselves,” said Weingarten. “[It’s] for the next generation to have a voice at work, to get pay that families can actually live on, high-quality affordable health care so we are not one disease away from bankruptcy, and for retirement benefits so people don’t have to grow in poverty.”

The AFT and IAM continue to be close allies when partnering to advocate for workforce development programs and fair trade policies.

More than a year ago, the IAM and AFT formed a partnership to jointly organize healthcare workers across the United States leading to a groundbreaking healthcare organizing victory in New Mexico.

“People get the transformative power of collective bargaining, that’s why we are trying to do it together, starting with healthcare organizing and we have seen results already,” said Weingarten. “We are going to represent together [giving workers] a voice to advocate and negotiate for themselves and their patients.”

Weingarten reaffirmed AFT’s commitment to working together with the IAM not only around organizing efforts but also advocating for policies that include training, funding, and support for high-skill careers to improve the lives of working men and women.

“The AFT will always stand with the IAM,” said Weingarten. “We will be with you walking that line anywhere and everywhere we are because we are in this moment together, not just this moment, but each and every single moment.” 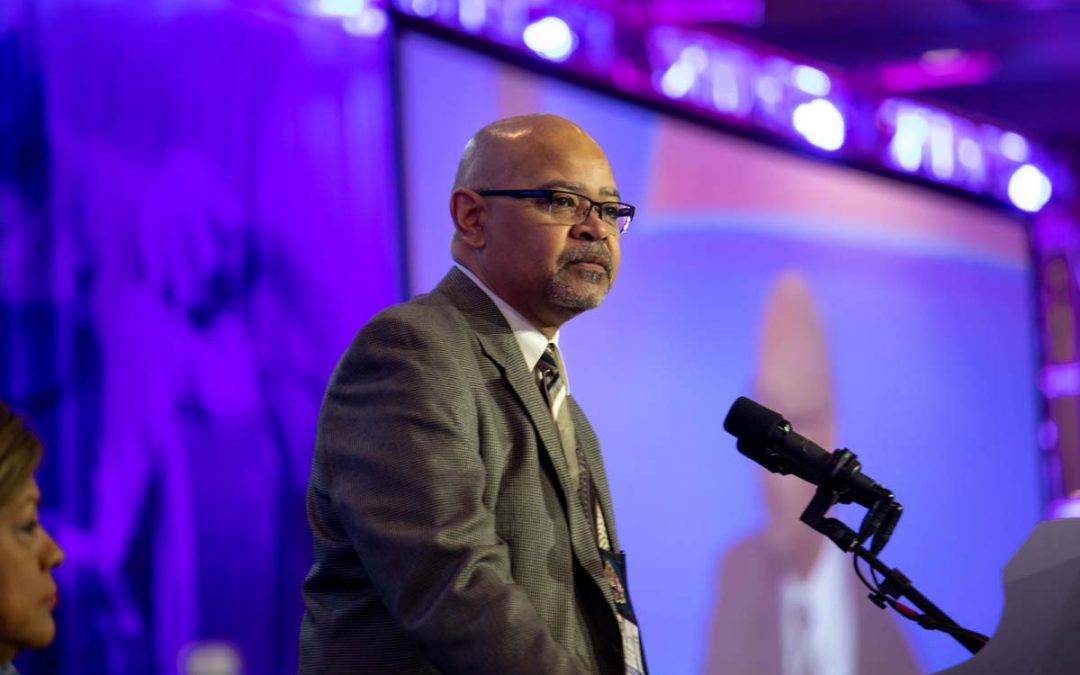 Rev. Melvin to Fighting Machinists ‘When We Fight, We Win!’ 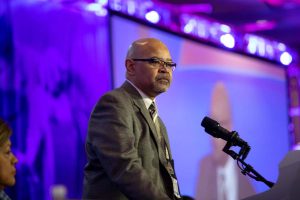 Rev. Terry Melvin, President of the Coalition of Black Trade Unionists and Secretary-Treasurer of the New York State AFL-CIO, spoke during the 2022 IAM Grand Lodge Convention where he commended IAM efforts to advance workers’ rights and the need for the labor movement to keep fighting for key issues affecting working men and women despite of their backgrounds.

During his keynote, Melvin opened up by highlighting that as working people, there’s an intertwined struggle for a better life and that workers must use their collective voice to impact change.

Melvin’s lively speech emphasized the importance of mobilizing and organizing and how the labor movement is uniquely positioned to lead the fight for issues that matter to working people.

Melvin is the second-highest officer in the New York State labor movement and is a longtime activist who has touched countless lives and is a tireless advocate for voting rights and social justice.

“We must wake up our community and like-minded community because this is our country, this is our land,” said Melvin. “We must maintain our right to live with dignity and respect.”

10/06/2022 - During his keynote, Melvin opened up by highlighting that as working people, there’s an intertwined struggle for a better life and that workers must use their collective voice to impact change. #IAMStandingStrong, #IAMGLCDelegate
Watch Rev. Terry Melvin, President of the Coalition of Black Trade Unionists Video Address Here.
Close Video 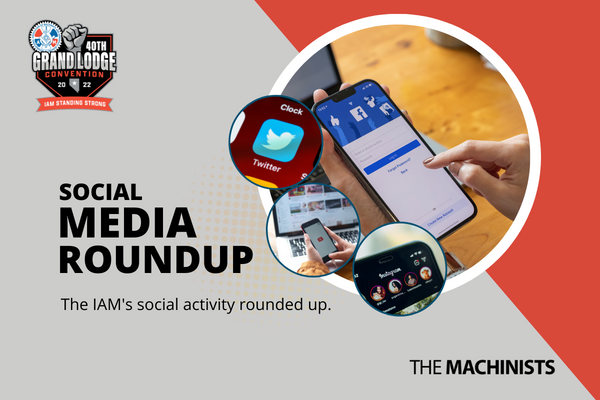 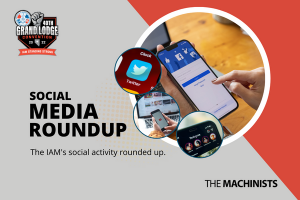 "We need the Machinists now more than ever. We need you to keep organizing, mobilizing, keep being a force for working people, keep building an America that works for all of us. Let’s show the nation what grass-roots power looks like!” – @AFLCIO @STRedmond #IAMStandingStrong pic.twitter.com/1PlTT8Z0KF

Powerful words coming from @CBTU72 Rev. Terry Melvin: “This is our freedom, this is our time, this is our country!”#IAMStandingStrong #UnionStrong pic.twitter.com/U4nryMJ8Qo

"America’s labor movement will not rest until @Weyerhaeuser comes back with an offer that our brothers & sisters deserve!… These workers aren't alone. You are fighting 12.5 million members of the @AFLCIO!" – @STRedmond voicing strong #SOLIDARITY with our woodworkers in WA & OR pic.twitter.com/ldYNkWsrvB

Had the privilege of giving the invocation this morning at the @MachinistsUnion International Association of Machinists & Aerospace Workers' 40th annual Grand Lodge Convention. Thank you for the opportunity! #IAMStandingStrong #HouseofLabor pic.twitter.com/mzXSEErAoD

Thank you @MachinistsUnion for the warm welcome! @rweingarten #IAMStandingStrong pic.twitter.com/hGd0lnjmDd

I want to start by saying "thank you." For many months and years, you kept the country running. – @rweingarten #IAMStandingStrong pic.twitter.com/xcGqOCWDfO